In The Press: Young People, At Sixty Years Old 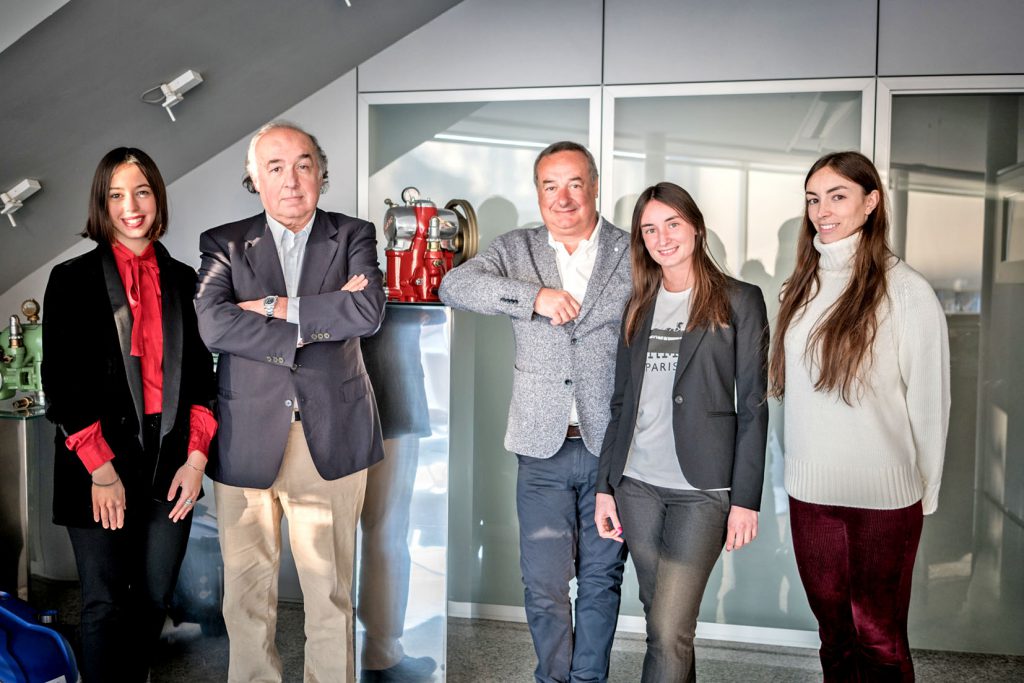 A 60th anniversary of the one celebrated last year by Annovi Reverberi. In particular, 2018 was marked by the innovative project “360”. It starts from the new corporate website that encompasses the three divisions of the company – agriculture, industry and cleaning – easily navigable in a single interface. This is followed by various activities related to the Emilia region, including a contest with the Venturi Art Institute for the creation of a 60-year work by Annovi Reverberi and Modena, the contribution to the creation of the new Hybrid Hall of the Baggiovara Hospital and to the concert for the renovation of the San Prospero tower in Reggio Emilia, the city where the founder of Annovi Reverberi was born 93 years ago.

The icing on the sixtieth anniversary, the Eran International 2018, by Urania, the first Annovi Reverberi diaphragm pump to a beautiful Maserati Eldorado from 1958: a combination that wanted to strengthen the bond between the company and the Modena area. but that’s not all yet. Because 2018 was marked by the acquisition of Ace Pump Corporation – the fourth after Ravel, XForm and Valvolmeccanica – an American company that produces centrifugal pumps for agriculture and industry; and the expansion of the American branch in Minneapolis to improve distribution in the United States. While, the new Annovi Reverberi headquarters in Modena will be ready – at the end of 2019: new state-of-the-art testing room, a new R&D center, new offices and a new training area.

THE FIRST 60. It would seem to say “Being young at sixty years”, thanks to the strong dynamism that has characterized this Modena-based company, with its gear geared towards innovation. In addition to the acquisitions in Italy and in the world, it is worth noting the foundations of the various production units, also in Italy, but also in the USA and China and of a logistic center in Bomporto. A very large road, if we consider that in the beginning, the first division is the agricultural one started in 1958 with the production of low and high pressure diaphragm pumps; to move in the 70s with the production of piston pumps for industrial washing. This has been useful for the development of the cleaning division since the 80s. But the fundamental dates that marked the company are several: 1986 creation of the first 100 bar portable pressure washer, Blitz, still today one of the best selling pressure washers in the world ; 1992: the TSS (Total Stop System) system that ensures the complete shutdown of the remote pressure washer when the gun lever is released; 1999: with the BHS diaphragm pumps in brass, with suction and delivery from one side of the pump; 2005: year of the first licensing with the Stanley Black + Decker group; 2006: the birth of the AR Blue Clean brand, which today includes not only high pressure cleaners but also vacuum cleaners, ash cleaners, water pumps and window cleaners; 2008: with the Annovi Reverberi Power Garden line; 2011 with the birth of the RTX model, symbol of high-performance piston pumps. “We have always invested and continue to invest – Federica Reverberi goes on to state – in new technologies to improve working conditions, speed up business processes and increase the production quality of the various plants. Among the most important is the new grinding center for piston pumps and diaphragm pumps that guarantees improved performance by reducing production waste and a new automated machine that will be ready at the end of the year for the processing of pump bodies. In addition to these, new investments are planned in the new test and R&D center and in the new logistics center in Bomporto. “Bomporto will become increasingly strategic. Founded in 2016, it is the logistics center from which all the Annovi Reverberi expeditions, of all divisions, agriculture and ecleaning industry depart. At the end of the year the transfer of the commercial and technical offices of the cleaning division to Modena will guarantee the expansion of the logistics center and a further improvement in response times. Choice made to speed up shipments, and also dictated by collaborations with major manufacturers and brands such as John Deere or Amazon.

THE CENTRALITY OF MODENA. A city and a territory that is all too significant. “Maintaining headquarters and production here remains crucial. It is an industry, ours where people make the difference; the quality of labor remains one of the main values, 80% of our production is based on customized products and processes that would be impossible to completely automate. We call ourselves technological craftsmen. And being born in Emilia was a fortune, for the passion and dedication that is put into work. Even in difficult times like the flood in Bomporto we have never stopped losing confidence and we have succeeded in guaranteeing 100% customer satisfaction. ”A speech that introduces the importance of Made in Italy that allows you to make a difference on the markets. “A good part of customers, especially abroad, continue to prefer Made in Italy. We have just launched a new “Series 9 – Born in Modena” professional pressure washer, which is making us achieve excellent results. However, I would like to underline that even the models of piston pumps and high pressure cleaners produced in China have the same quality standards as those made in Modena. To create the branch, the role of our purchasing department in Modena was decisive, all the test benches are Made in Modena and both general managers and quality managers are young people from Modena who have lived in Shanghai for years. Lucky to have them in China. When you enter the Shanghai branch the feeling is the same as entering Via Martin Luther King 3 and very often at lunchtime there is the smell of ragù! Returning to us, the mission of Annovi Reverberi is precisely to combine the typical Italian craftsmanship of our territory with technological innovation. The craftsmanship for us remains very important and is an element that also distinguishes us from our competitors. And those who buy from us can really personalize a product down to the smallest detail, all this is very complex to manage but I think it’s really a source of pride for all of us. ”

STAFF AND TRAINING. The percentage of turnover concerning research, development and training is around 3%, to which must be added the various investments in software, buildings and machinery that have recently been implemented. “Training is a very important issue for us that we will continue to develop also with the creation of the new headquarters at the end of 2019. In fact, the new plant will guarantee the creation of an area used for internal and external training courses to improve more and more the business processes, aware that training is the only way to obtain increasingly elevated motivation and quality standards. This is because it is not always easy to find qualified personnel, especially in the production sector. We try to accommodate children who study within the company whenever possible, but often this is limited to two months dedicated to alternating school work or the summer period. Instead it should be normal for schools to provide for a compulsory internship period of at least 3 months during the course of study as it happens in other countries and in addition to this increase the creation of projects with companies and business cases. The study is important and necessary, but I have experienced on my skin how practical and fundamental the practical experiences are. ”

PROBLEMS AND PERSPECTIVES. Like many companies, Annovi Reverberi also fights bureaucracy. “All this delays us excessively and to us today is one of the main problems that slows us down in some cases when compared to foreign companies. With regard to the future, a reflection that I think we need to make is the importance of digitization and the change of sales channels. Personally working with online dealers and Amazon has been fundamental for us to understand a new way of selling. The difficulty of multi-channeling lies in the different management of processes and in managing the different logics in the area of ​​product and price. And a new world for us, very fascinating but that must be managed with great care “, concludes Federica Reverberi.

ANNOVI REVERBERI: THE SECTORS AND THE MARKET

The market. Annovi Reverberi we are present in over 110 countries worldwide. Most of the sales are in Europe and the United States, however the Asian market is growing more and more especially the Chinese domestic market. The goal is to continue growth in the East, in Africa and Latin America and to develop growth in new countries. Also of interest is the company’s growth, in a few years in the French DOM TOM areas, and the changes that have characterized countries such as India, Vietnam and Thailand.

Posted in Press Releases | Comments Off on In The Press: Young People, At Sixty Years Old